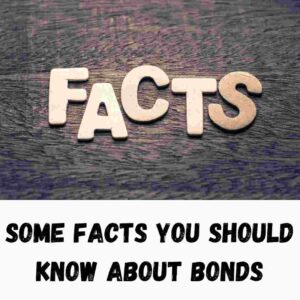 Mostly the investors have the belief that the most risky way of going for an investment is the investment they do in the stock market. But in recent days the most essential aspect which has come in the scenario is that these days even the so called safe investment like Bonds can also create the scene of loss for the potential investors. It’s been so long since the Federal Reserve had done a lot for minimizing the interest rates, and the basic idea of keeping the rates low had been already implemented.

But as the Federal Reserve is now focusing on cutting the proposed methods which were earlier used in lowering the rates, and because of which the bond market has declined, approximately till 10% or more for some kind of bonds. So there comes some hidden shock giving surprises in any of the bonds, which needs you to be prepared for it in advance. Here are a few steps and important points regarding the bonds about which you should know before investing your hard earned money in bonds.

Bond prices are affected by the increase in Interest rates

Because companies have different strategies for growing their business and when it comes to the matter of money market even small differences make a huge impact of the consumer’s mind. And if you have the bonds with you already the newly issued bonds cause your bond’s value to fall.

As the rates changes movement in long term bonds increases

When it comes to the point of getting a higher rate of money in your hand sooner it becomes an interesting matter of fact that everyone knows the importance of money in today’s age.

Here when we see that our money is blocked for a very long duration and the maturity which will take place very late, the bond which is created now will be mature after 30 to 40n years as you decide and in today’s date you can get the benefit of it which will be a good sum for you but actually it isn’t as you must know that the liquidity of your money goes with the bond.

And your money gets stuck in one place about which you can’t even think about if you need it back soon, so in such case, the best alternative which comes in front of us is to invest your money in short term bonds though the interest rate will be low, at least you will be able to get the money back soon with interest

Either individual bond or bond funds which suits your needs

Even if you have a small amount of money which you want to invest, with the help of bond funds you get access to various numbers of bonds for investment purposes, and when you go to buy these individual bonds it costs you a minimum of hundreds of dollars.

An attractive feature of an Individual bond lies in the fact that even if the market value declines you can still avail the benefit of the bond when maturity is reached. In bond funds, the loss of capital can be a permanent one, as the bond fund managers generally do not hold the bonds till maturity and buy and sells them for making a profit. `

Municipal bonds in these days’ scenarios provide a lower rate of interest in comparison with the treasuries as the reason behind it is the exemption from federal taxes. Earlier municipal bonds have seen such a period where it used to give the higher interest rates as well as had yielded a lot.

Bonds with the Inflation protection can also lose its value

Generally, all bonds get affected due to inflation. And just because of the same reason the inflation-protected bond such as Treasury Inflation-Protected Securities which is also known as TIPS have become popular. The rise in the bond yield has not come from the fear of inflation in fact because of the anticipated policy charges from Federal Reserve. And so even TIPS yields have risen which caused a big decline in the prices.